Where is the best street food in the world? 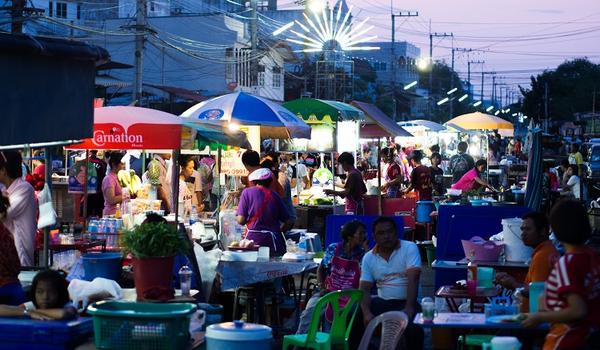 Street food is not a new phenomenon, far from it. For centuries, civilisations have served food from carts in markets across the world. Traditionally it’s been seen as a cheaper and less glamorous style of eating, but a cultural change is occurring, particularly in the UK where street food generally means cheap burgers and greasy doner kebabs.

Okay, so these chip vans haven’t disappeared from a streets; and nor will they. But there is a new consumer in town, a consumer who wants fast food certainly, but fast food which is delicious and high quality.

Great food doesn’t have to mean fine dining and from the traditional kebab to oyster bars, street food in the UK is certainly stepping up its game. But we’ve still got a lot to learn. So where can you go to experience the best street food in the world?

What to taste? Shawarma

Amman is a lively, exciting and bustling city – the streets are full of traditional markets displaying, nuts, fresh and dried fruit and the cuisine influenced by the surrounding areas such as Israel, Turkey and Greece. Shawarma is a must from a street food perspective. Various meats such as chicken, beef or lamb are layered together on a spit and cooked by rotating slowly, horizontally over a wooden fire.

The juices of the meat cook marinade into the joint infusing it with traditional spices such cinnamon or cardamom, ensuring the meat is succulent and full of warming flavour. As the outside is cooked, slices are cut and served within traditional warm bread accompanied by salad, tahini, hummus or refreshing tzatziki while pickles or fresh lemon finish the wrap with a citrus zing.

What to taste? Mie bakso

Whether you visit built up Jakarta, popular Bali or the slightly more chilled out Padang in West Sumatra, it is the smell of fresh, almost floral yet spicy food which entice you to the streets of Indonesia. The street cooks mix the perfect combination of simple spices with noodles and fresh vegetables making for heavenly aromas as you take in the sights.

Mie Bakso is a traditional Indonesian dish of meatballs and noodles sat in a delicious clear broth – usually made from beef. The vermicelli noodles and fresh vegetables add more substance to the dish while spices such as cinnamon, cardamom and chilli are added to the broth and finished with pepper, fried celery and garlic. 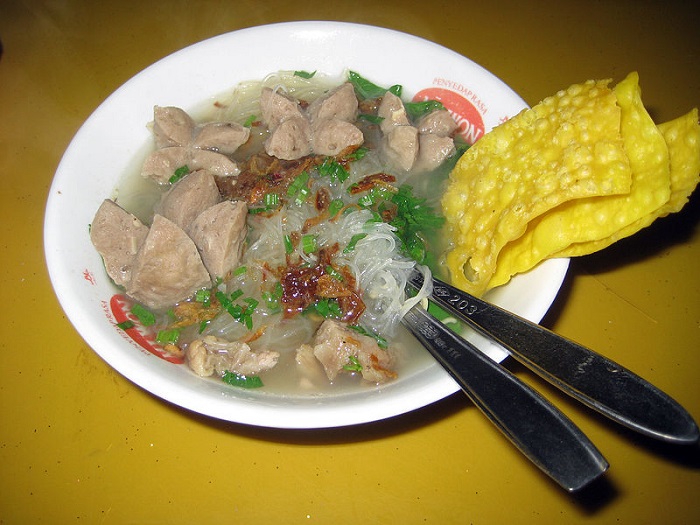 (By Christian R from Singapore (Bakso!) [CC-BY-SA-2.0], via Wikimedia Commons)

The famous Bay Area of San Francisco holds host to around 150 trucks and the food options available are endless – from mac and cheese to Mexican to Caribbean and everywhere in between.

San Francisco has created an incredible food community thanks in no small part to Off the Grid who operate 35 weekly markets in San Francisco alone. The street vendors – of which there are hundreds – understand that together they are stronger and the buzz and energy of these events makes all of them more successful. Rather than one dish, we’re impressed by the sheer scale and variety on offer. Using apps and a simple Google search such as Roaming Hunger you are able to find your perfect food truck and locate it around the city. We would recommend trying as many as you possibly can whilst you’re there. 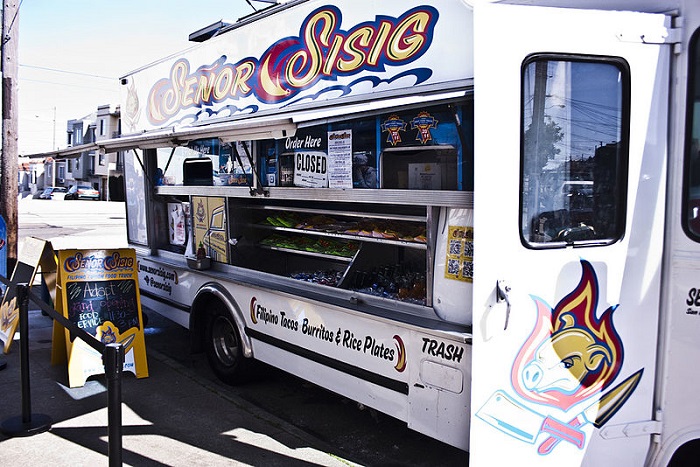 What to taste? Pad Thai

From eating stick insects on the Khao San Road in Bangkok, to beach walkers with fresh corn on the cob, the street food in Thailand is legendary. The use of fresh simple flavours such as lime, lemongrass, chilli and coriander mixed with vegetables, fish and meats leaves the traveller spoilt for choice. And their hunger usually satisfied.

Ko Phi Phi is a small island off the west coast of Thailand, south of Phuket. As with most street food, the best tasting are the most simply presented. Look for a seller with a bike and a wok on a street corner and you’ll experience the simplest yet tastiest Pad Thai you’ve ever eaten – a delicious rice noodle dish which combines spicy yet sweet flavours. Finished with a crack of an egg and crushed peanuts it’s a Thai institution.

This dish is great in the daytime for lunch. Sit in the shade and enjoy the squeeze of fresh citrus over the spicy mix. 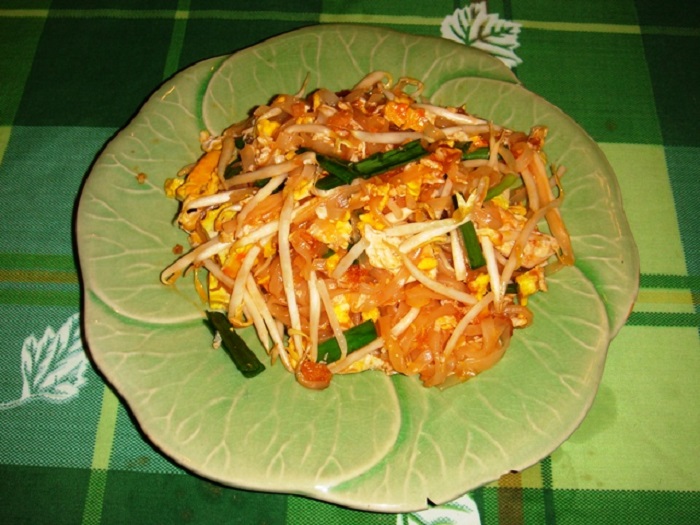 What to taste? Idli and Dosa

Okay, perhaps we’re slightly biased, but Indian street food is hard to beat – packed with flavour, spice and punch, it’s fantastic any time of day. Kerala, fondly known as ‘God’s own country’, is situated on the south west coast of India and from huge expanses of water where houseboats float casually, to the rolling, green tea fields which stretch up into the mountains, you can truly understand why the name has stuck.

As in most of India, there is an abundance of rice and two main dishes are favoured by southern Indians for breakfast; Idli and Dosa. Rice is ground down into a flour which creates the base for both of these pancakes; Idli are are steamed, while Dosa are cooked on hot plates more like a crepe which are crispy and the size of a regular frying pan.

Both are gluten free and full of protein so an extremely healthy and tasty way to start the day.

These are served with a sambar – a tomato and lentil based sauce made with traditional Indian spices such as red chilli, cumin and coriander seeds – chutney and cooling coconut. Lip smackingly delicious.

So those are our tips, what about you? What’s the best street food you’ve ever tasted? Let us know below.

Cafe Asia specialise in street food inspired Indian snack foods. To find out more about our range, get in touch. And follow us on Twitter too.