The health benefits of Asian spices 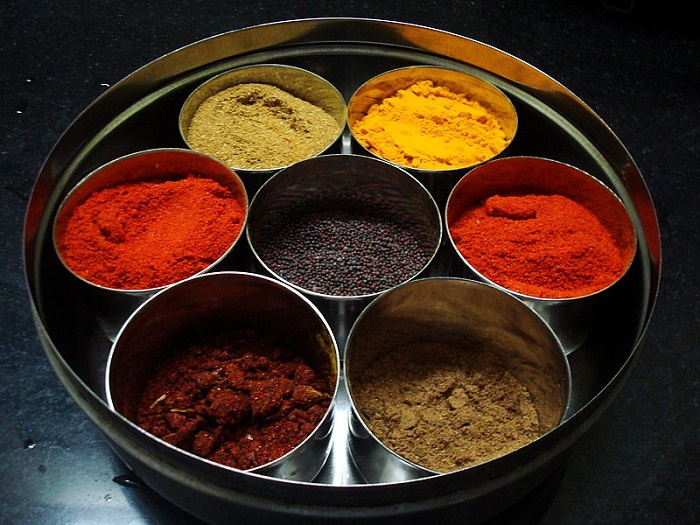 Ayurvedic medicine – an ancient Hindu practice said to have been handed down from the divine physician of the gods – prescribes spices in its treatments. It suggests specific spices for the alleviation of symptoms of conditions from indigestion to cancer, from morning sickness to diabetes. Ayurvedic medicine is still commonplace today and its practitioners still have full faith in the curing powers of carefully selected Asian spices, each with their own restorative characteristics and uses.

You may like: 8 Healthy Street Food Dishes That Will Blow Your Mind

Many of these pharmaceutical qualities have been tested and adopted by Western science. Plenty of medical institutes worldwide, inspired by the Ayurvedic methods, have begun to study the health benefits of Asian spices. The most interesting and enlightening body of work, however, often still comes from the home of the spices themselves.

For example, Dr Krishnapura Srinivasan of the Central Food Technological Research Institute in Mysore, India, writing for the BBC, explains that Asian spices can “act as a stimulus to the digestive system, relieve digestive disorders and some are of antiseptic value.” Elsewhere, Kamala Krishnaswamy’s 2008 paper Traditional Indian spices and their health significance (Asia Pacific Journal of Clinical Nutrition 17) represents one of several legitimate academic assessments on the topic.

It is a particularly illuminating article, detailing various medical benefits of a small selection of spices. Though it might not resonate with the same exotic romance and age old know-how of traditional Indian cooking, its scientific scrutiny reaches the same conclusion that the Asian kitchen perhaps already knew. “Turmeric”, writes Krishnaswamy in her summary, “through its kaleidoscopic effects, appears to be truly a spice of life.”

Further East still, a 2008 Korean study by Hyun Sook Lee et. al., published by the Journal of Nutritional Biochemistry found that ginger (which possesses “many interesting pharmacological and physiological activities”) can even, astonishingly, inhibit the mutation of breast cancer cells.

Interestingly, ginger and turmeric are often singled out as especially medicinal spices, both in the scientific journals mentioned above and in time-honoured classical Ayurvedic literature. An article published by the Huffington Post – an easily digestible round-up of several academic papers – includes both spices. Ginger, it notes, remedies nausea, muscle and joint pain (due to its anti-inflammatory properties), circulation problems, bronchitis and congestion, and is recommended for sufferers of arthritis. “It works in the digestive tract, boosting digestive juices and neutralizing acids…And it’s also an effective, short-term treatment for morning sickness”, adds Reader’s Digest. 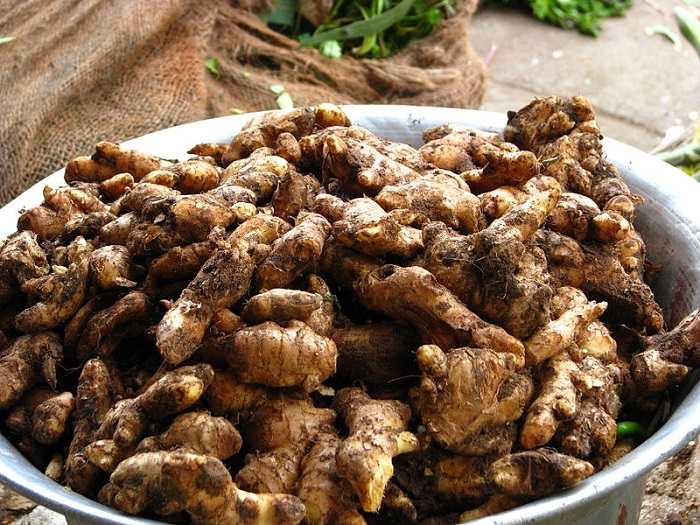 Digestive boost: Ginger can be used to treat all manner of ailments (Image credit: By McKay Savage from London, UK [CC BY 2.0], via Wikimedia Common

Turmeric can be similarly expansive. The National Institutes for Health describes the spice as “used to treat everything from depression to liver disease to skin ailments.” It is known to help produce detoxifying enzymes in the blood, while dietary science is currently exploring its ability to inhibit the growth of fat cells.

Another article, published by health writer Nita Mukherjee, praises turmeric as “a strong polyphenol, antioxidant and antiseptic”. She references studies into turmeric’s rich iron content and its resultant benefits to anaemia; to the curcumin that helps provide its colour and flavour, which can help prevent Crohn’s disease, psoriasis, rheumatoid arthritis and osteoporosis; the spice’s capacity to help restrain bone deterioration; the anti-carcinogenic qualities examined in depth by Kamala Krishnaswamy; its use in cardiac problems and intestinal conditions; it “increases muscle mass”, says Mukherjee, “while decreasing body fat.”

Reader’s Digest mention turmeric in their write-up too: “In animal studies, curcumin decreased the formation of amyloid, the stuff that makes up the brain deposits characteristic in people with Alzheimer’s disease.” Even diabetes has been included in medical research on turmeric, Shishodia et al. (2005) finding that it improves crucial insulin-response pathways. The “spice of life” description that Krishnaswamy uses is beginning to look accurate.

And it’s not just turmeric and ginger that get all of the praise.

Cardamom is said to fight obesity and to have aphrodisiac qualities, as well having as the powerful antioxidants found in turmeric. Zannat Reza writes that cardamom can lower blood pressure. It is also known as “the lung strengthening” spice and is said to help with bronchitis and asthma and to improve circulation. Fennel seed – essential to the Bengali spice mix – strengthens the immune system and soothes muscular pain. Like turmeric, the antioxidants in bay leaves work to absorb insulin and thus help contain diabetes. They can also be used as a natural painkiller, while encouraging protein-treating enzyme production and the important phytonutrients needed for heart function. 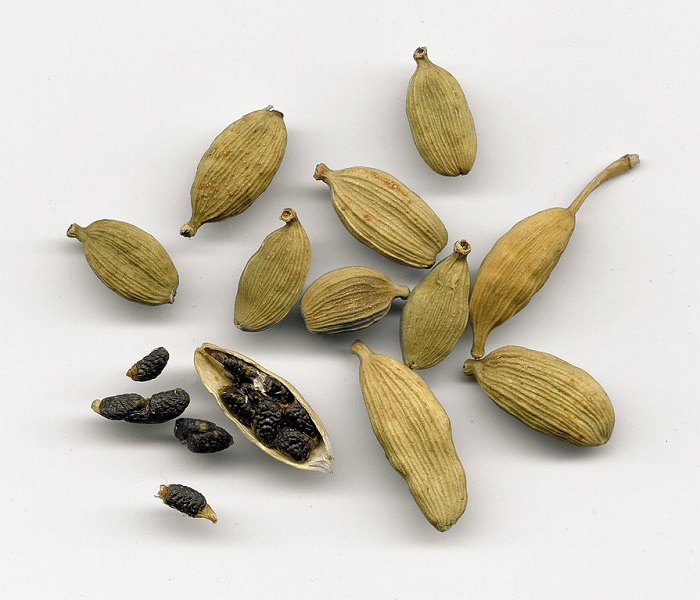 There are plenty more spices not mentioned here, and plenty more health benefits even to those included, modern scientific research generally concluding what traditional Indian medicine has known all along – that the spices that provide such warm and brilliant flavours and colours in Asian cuisine benefit the body as much as they do the tastebuds.

Here at Cafe Asia, we use a wide range of Indian spices in all of our handmade Asian snack foods. To find out more about our product range, please get in touch.