Spanish snacks: from street food to home made cuisine 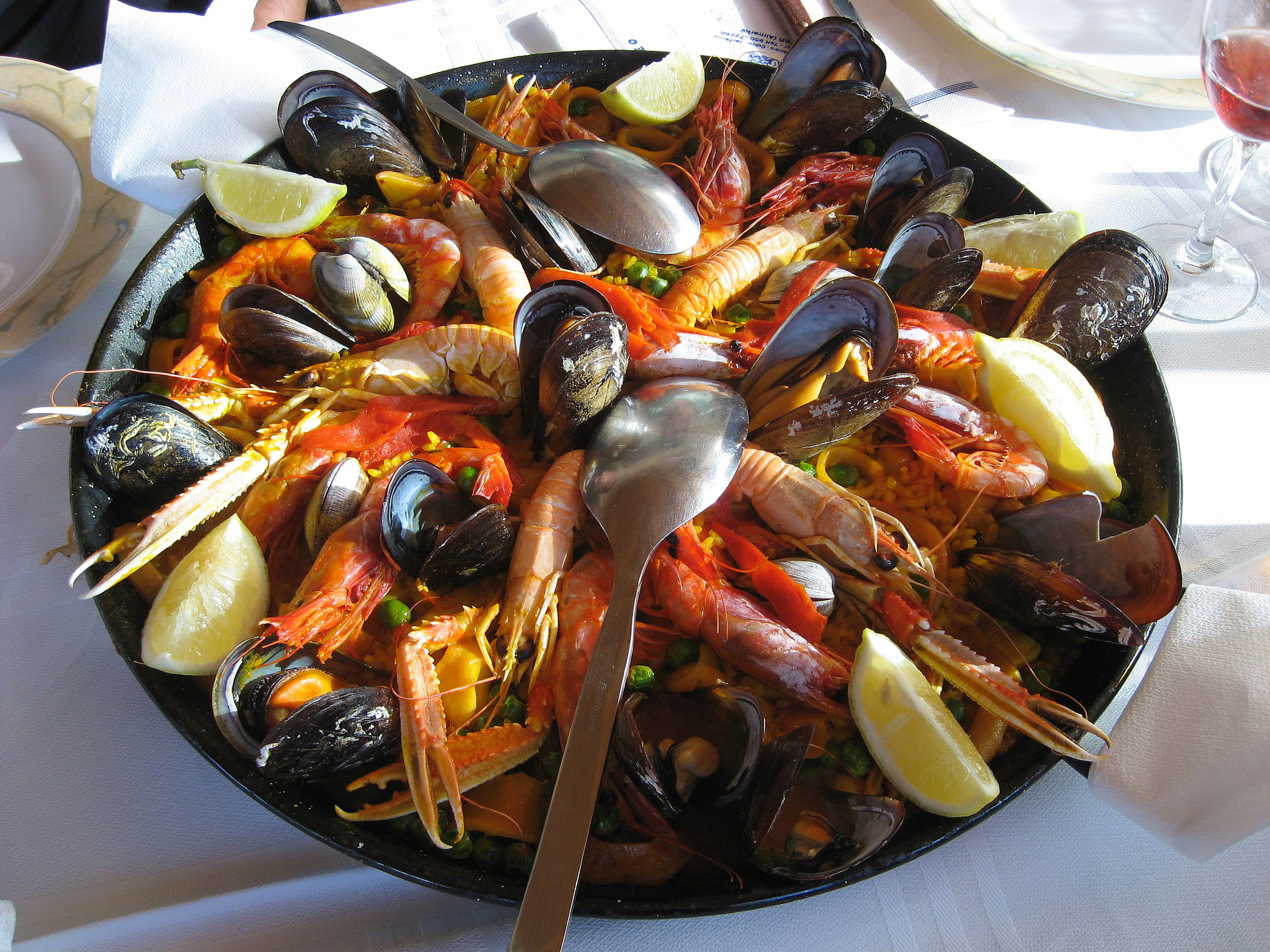 Wander onto the packed streets of Madrid during the summer season and you’ll soon discover the incredible range of Spanish snacks that are available through the popular markets. Street food is a large part of Spanish culture and is considered to be a social event rather than picking up a quick meal on the go. This means that the food quality is high and the flavours are more complex than those found in some other cultures.

Of all the Spanish snack foods, the churro is probably the most recognisable. With its distinctive straight shape and dusted with cinnamon, the churro is also suited to a range of dipping sauces such as chocolate or caramel. Chestnuts are also a popular winter item when looking for a sweet snack.

Spanish snack food often consists of individual portions of a dish that has been cooked in bulk, meaning that you are having a single serving of something that you can still share with friends. An iconic example of this is paella, which is made in large street-side pans and allows the aromas of meats and spices to filter through the air. The meat used often depends on the locality of the market, with seafood paella (paella de marisco) being popular in ports whereas meat-based paella (paella valenciana) or mixed paella (paella mixta) is seen more frequently on the mainland. Traditional paella ingredients include exotic items such as saffron, rabbit and even snails, so it’s the perfect excuse to try something entirely different.

Off the beaten track with Spanish cuisine

Although there are several Spanish snack foods that have gained global recognition and popularity, there are still many delicious items that have managed to remain local secrets. A fantastic example of this is the bocadillo, which is essentially a filled baguette which uses traditional Spanish bread and a massive range of fillings. A particularly popular (and distinctively Spanish) option is for the bread to be filled with meat, cheese and a traditional Spanish omelette. If you’re looking for something more akin to the traditional sandwiches of the UK with a slight Mediterranean flair then ham and cheese is also a common filling.

If you’re looking for a sweet snack that has a little more bite then perhaps a prickly pear fruit salad would be to your taste. Although the fruit carries the same spines as the cactus from which it grows, this is a popular festival food in Spain and can also be juiced or even served raw. Learning to prepare the fruit is essential, but once mastered you will be rewarded with a sweet snack that is comparable to watermelon or even raspberries in flavour.

Alternatively, another popular Spanish dessert is fried milk or Leche Frita. The inside is a cooling milk pudding wrapped in a crispy fried casing that is perfect for the hot climate of Spain but also works as a speciality food at home.

Rich flavours from the Mediterranean

If you’re at all concerned about Spanish food being spicy then you’ll be glad to know that the use of peppers and chilli is more confined to the Spanish-influenced food of Southern America. Spanish snacks are far more inspired by the early traders of history, utilising spices and tomatoes that were brought back from foreign lands. This is why their dried meats are flavourful but won’t have you reaching for a drink. Indeed, the range of meats you can encounter can often count as a snack in their own right, perfectly paired with tomato bread and your favourite beverage.

To enjoy Spanish snacks is to take a small slice of a much bigger meal, or to be a part of a deeply flavourful tradition. Wherever you enjoy, or make, your own Spanish cuisine, it’s easy to get a feel for the long standing traditions that lead to these delicious meals.