Gyoza and other Japanese snacks are hitting UK retail – but why? 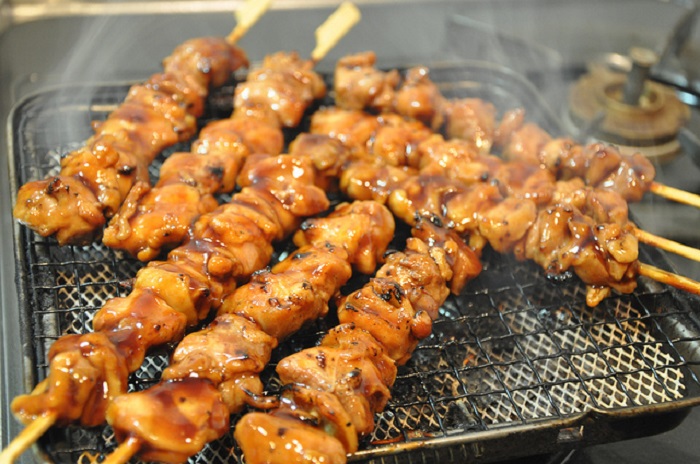 If you were asked to think of Japanese food, you would probably think of sushi or other seafood, or maybe ramen. This is also the typical Japanese cuisine that you might expect to find in the UK, where restaurant chains such as Yo! Sushi and Wagamama have grown increasingly popular in recent years.

But now Japan’s snack foods are also on the rise, with growing interest in Japan’s calorific comfort food. Need an appetiser or a quick bite to eat? Try these Japanese favourites and find out why they’re doing so well in the UK market.

Gyoza are dumplings filled with ground meat, usually chicken or pork, and vegetables such as chives, green onions and cabbage, wrapped in a thin dough. As is usual for foods such as these, though, there are all kinds of variations.

There are a few different ways to prepare them, including boiling and deep frying, but the version you’re most likely to encounter both inside and outside of Japan is pan fried, known as yaki gyoza, which makes for a soft wrap with a crispy base. Typically they are served in batches of about six.

Gyoza are fixtures of ramen shops, which have boomed across the US and the UK in recent years and are largely considered responsible for the growing popularity of a broader range of Japanese cuisine. Gyoza are also a relatively recent addition to Japanese food, only a few centuries old, and actually have their origins in China. 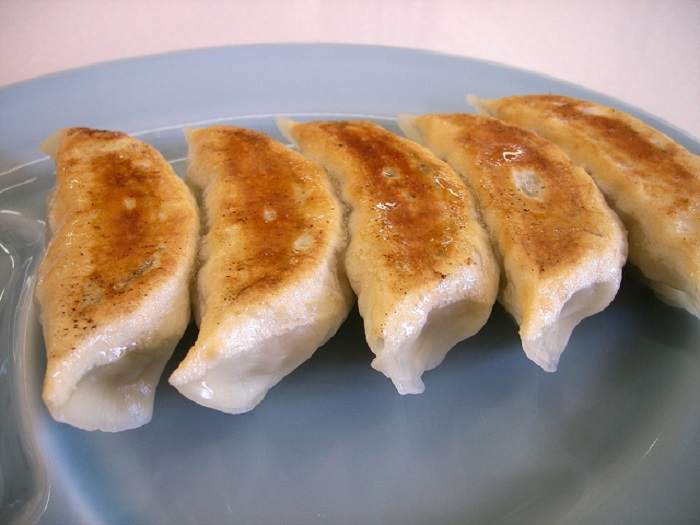 The growth of gyoza: This Japanese snack can be prepared in a variety of ways. (Image credit: ‘Gyoza, Jiaozi, 餃子’ by ivva イワヲ on Flickr under a Creative Commons 2.0 license.)

Aside from ramen shops, gyoza are also frequently served in izakaya, which are casual eating places roughly analogous to British pubs, in that they serve cold beers and snacks.

In the UK, gyoza are now popular enough that you can find them in the supermarket, at any big chain such as Tesco or Sainsbury’s, who will often sell them in selection packs. Marks & Spencer sell them as part of their Taste Japan range—prawn and mangetout gyoza with a ponzu dip.

Karaage actually refers to the technique used to prepare the food, rather than the food itself. It simply means meat or fish deep fried in oil, without batter. Usually it’s chicken—the kind you are most likely to find in the shops—but it can also be octopus, squid tentacle, or vegetarian options such as gobo (burdock).

It’s one of the less healthy Japanese foods, but like gyoza it’s frequently served as an appetiser or a snack, particularly in izakaya. 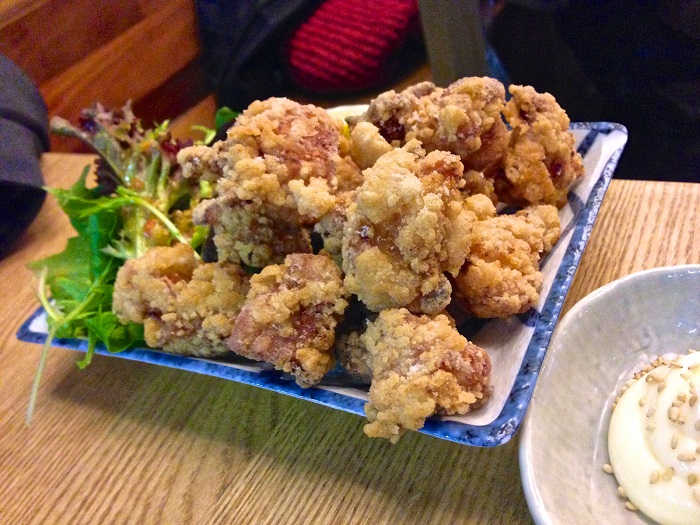 Not healthy, but delicious: Chicken karaage is becoming more and more popular in the UK (Image credit: ‘Side dish: Chicken karaage at Ramen Ya in Bourke St, Melbourne’ by Katherine Lim on Flickr under a Creative Commons 2.0 license.)

Kushiyaki is basically kebab—skewered and grilled meat and vegetables, seasoned with lemon juice, soy sauce, garlic or ginger. Chicken is referred to as yakitori, while kushiyaki tends to refer to beef. Traditionally, kushiyaki is a street food, but it’s also found in pub-like izakaya.

Kushiyaki is readily available in UK restaurants and supermarkets, though it tends to be referred to as yakitori even when it’s beef.

In Japan, these snack foods are served by street vendors, supermarkets, restaurants, and casual izakaya, a versatility which no doubt helps to account for their popularity and successful transition to international markets.

In fact, the UK food market may be especially primed for this. The similarities between Japanese izakaya and British pubs, both cultural staples of their respective countries and roughly fulfilling the same function, are one good reason that the popularity of snack foods such as gyoza, karaage and kushiyaki is predicted to grow in the UK in the coming years.

Featured image credit: ‘Yakitori_002’ by TAKA@P.P.R.S on Flickr under a Creative Commons 2.0 license.