The history of katsu, from tonkatsu to curry 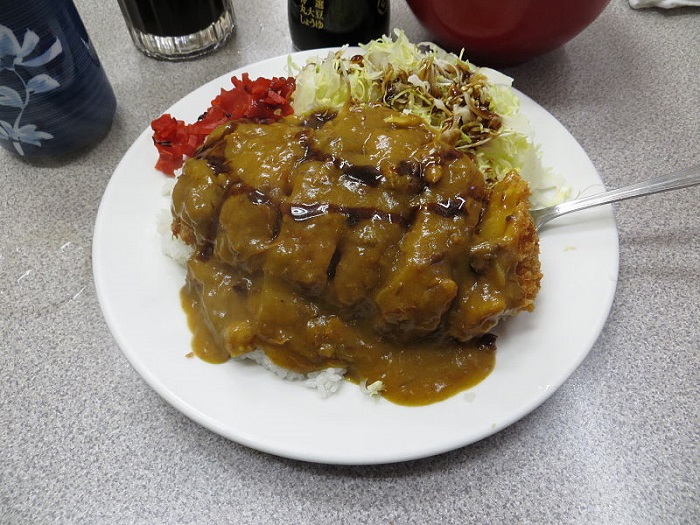 Katsu is one of Japan’s favourite Western-style foods. So, what is it?

Simply, it’s a breadcrumbed cut of meat, not unlike a turkey escalope or schnitzel, usually served with shredded cabbage and a thick, salty and sweet sauce called tonkatsu sauce.

On the side you’ll usually find rice, miso soup and tsukemono (pickled vegetables). There are two main varieties too, Tonkatsu and Torikatsu.

Tonkatsu normally consists of either a pork fillet or a loin cut and the meat is usually salted, peppered, dipped in flour and beaten egg and then coated with panko (breadcrumbs) and deep fried.

Torikatsu usually consists of a butterflied chicken thigh treated in much the same way as the tonkatsu with some Japanese sweet wine added before being coated in panko and deep fried. 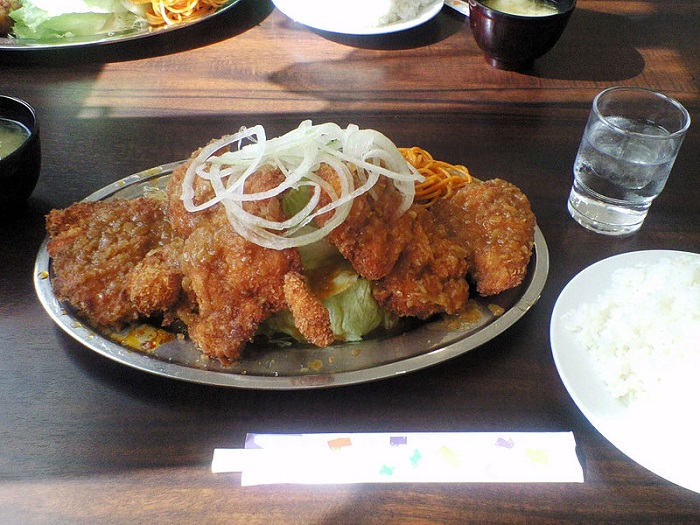 It is also commonly, and most popularly, served with a smooth curry sauce known simply as katsu curry.

Katsu is becoming more and more popular in the West, but what’s its history, and why is it getting so popular?

A little bit of history…

Pork katsuretsu (cutlet) was invented in Japan in 1899 at a Tokyo restaurant called Rengatei. Originally considered a type of yōshoku (a Japanese version of European cuisine) the dish was called katsuretsu or simply katsu. The term “tonkatsu” (pork katsu) was adopted in the 1930s.

Before tonkatsu, katsu was traditionally made from beef. During the Meiji era, Emperor Meiji – in his bid for Japan to become a more modern country and lead the way in terms of development – encouraged Western influence. It was this Western Influence that introduced pork and deep frying into the mix, and since then the dish has gone on to evolve into many variations that include chicken (torikatsu), fish and vegetables.

There are many variants on this popular dish, from katsu sando (katsu used as a sandwich filling) to being served on a big bowl of rice with egg, known as katsudon.

The variations also differ by location. In Nagoya, miso katsu (made with a miso-based sauce), is a speciality. Gyū katsu (beef katsu), also known as bīfu katsu, is popular in the Kansai region around Osaka and Kobe.

As an alternative to the tonkatsu sauce, katsu is often served with ponzu (a citrus sauce) and grated daikon.

However, the most popular variation is Katsu-karē (katsu curry).

Curry was introduced to Japan by the British in the Meiji era and is considered to be a Western cuisine. This Western-style curry differs from the Indian-style curry, which is also popular (the presence of Indian restaurants in Japan saw a big increase in the 1990s).

Western-style curry sauce is made by frying together curry powder, flour and oil to make a roux. The roux is then added to stewed meat and vegetables and simmered until thickened.

In Japanese homes, curry sauce is usually made from instant curry roux, in either block or powder form. This pre-made roux contains curry powder, oils, flour and a variety of flavourings.

Due to the ease of preparation, curry has become a very popular dish: you can even buy pre-made curry in vacuum-sealed bags that can be reheated in boiling water (similar to the boil-in-the-bag curries that you can get in the UK). In 2007 curry sauce was the largest single category of vacuum-sealed foods in Japan, making up over 30% of sales.

The pairing of katsu with curry is a great match and due to the ease of preparation and its extensive availability in Japanese restaurants and homes it is a firm favourite with the nation. The popularity of this Japanese dish is not exclusive to Japan though: in Hawaii, torikatsu is a very popular dish and is quite often served as one of the mixed plate lunch meals that are very popular across the state.

Katsu curry is also a firm favourite in the UK. It is served at a number of chain restaurants like Yo! Sushi and Wagamama, and it is widely available to buy in supermarkets. It has also been given recipe redesigns by celebrity chefs like The Hairy Bikers. It is so popular that during November, National Katsu Curry Week is often celebrated with restaurants showcasing the beloved dish.

Katsu in all its variations is just one of many amazing cuisines. Read more about global dishes on the Cafe Asia blog.

Torikatsu: By Corpse Reviver (Own work) [CC BY 3.0], via Wikimedia Commons