How is Halloween celebrated across Asia? 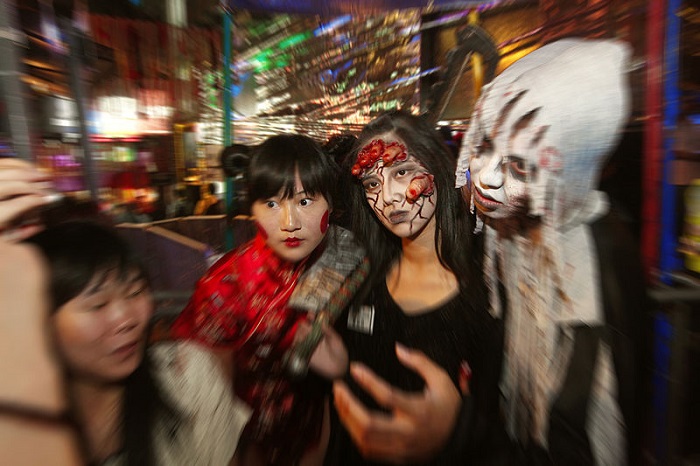 The spooky season is upon us: pumpkin carving, trick-or-treating, scary movies and bats in shop windows. That’s in America and the UK, anyway. In Europe, the celebrations go hand in hand with the more sombre Catholic festivals of All Souls’ Day and All Saints’ Day on the 1st and 2nd of November. But what about Asia? Is there anything to celebrate? And if there is, how’s it done?

As in Catholic Europe, Halloween in Asia is a time to remember loved ones who have passed away – and the specific traditions differ from country to country.

In China and Hong Kong, it’s called Zhong Yuan Jie or Yu Lan Jie, the Night of the Hungry Ghosts. The celebrations see offerings of water and food left for the dead, and lanterns are lit to guide their spirits across the land of the living. Pilgrims visiting Buddhist temples make paper boats that symbolise the spirits, both to recognise and remember the dead, and to free any restless souls who’ve not gone gently into that good night. 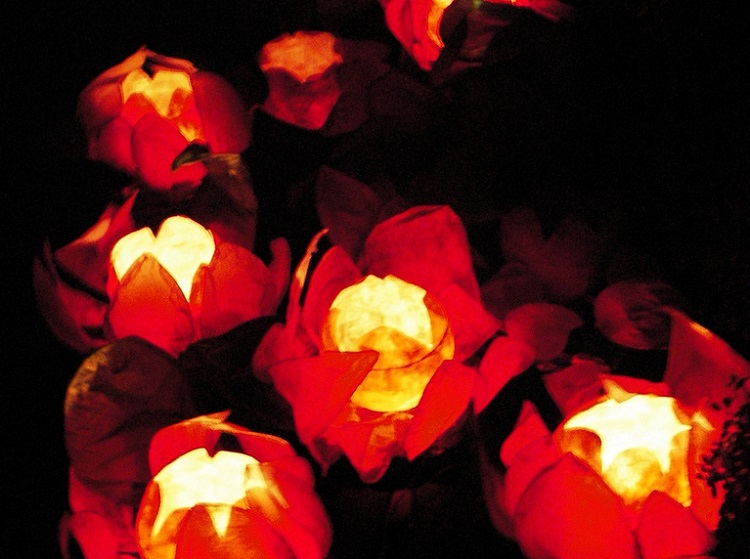 Yu are everything: Lanterns play a huge part in the Night of the Hungry Ghosts

These spirits – pretas – are believed to cause bad luck among the living, so monks are called to chant incantations and send them on their way. In Hong Kong, the unquiet spirits of those with no-one to bury them are never more active than on this night. Pictures of fruit or money are burned; the images reach the spirit world and bring comfort to the wandering ghosts.

The Japanese festival of Obon, meanwhile, paints the night red: bright red lanterns are hung in houses and placed on rivers and boats, to show roaming spirits where their families might be found. Japanese families clean memorials, believing that their ancestors will go back to their birthplaces during the festival. Alas, by Halloween week we’ve missed Obon – it takes place in high summer, during July or August.

Similarly, the Hindu custom of pitru paksha – offerings of food and prayers to the ancestors – is observed over 16 days in late September and early October, although some Indian homes and businesses host small Halloween parties for those who’ve become familiar with the Western holiday.

Western traditions have caught on in some countries more than others. Japan, Hong Kong and Singapore go all out with carved pumpkins, while in Thailand or Vietnam, any vegetable that’ll keep its shape will do. Trick-or-treating is for the kids, but costumes tend to be for adults, and you don’t see much in the way of special decorations or lights.

Perhaps the most spectacular celebrations are held in Tokyo, where the Kawasaki parade shows off some of the most impressive and ingenious costumes in the world.

When all’s said and done though, Halloween doesn’t have to be a spectacle. At its best it’s between you, your loved ones, and your ancestors. Why not celebrate with an Asian twist? Serve our snacks to the living – and save some for the spirits that come knocking.