The evolution of naan: a history of India’s best loved bread 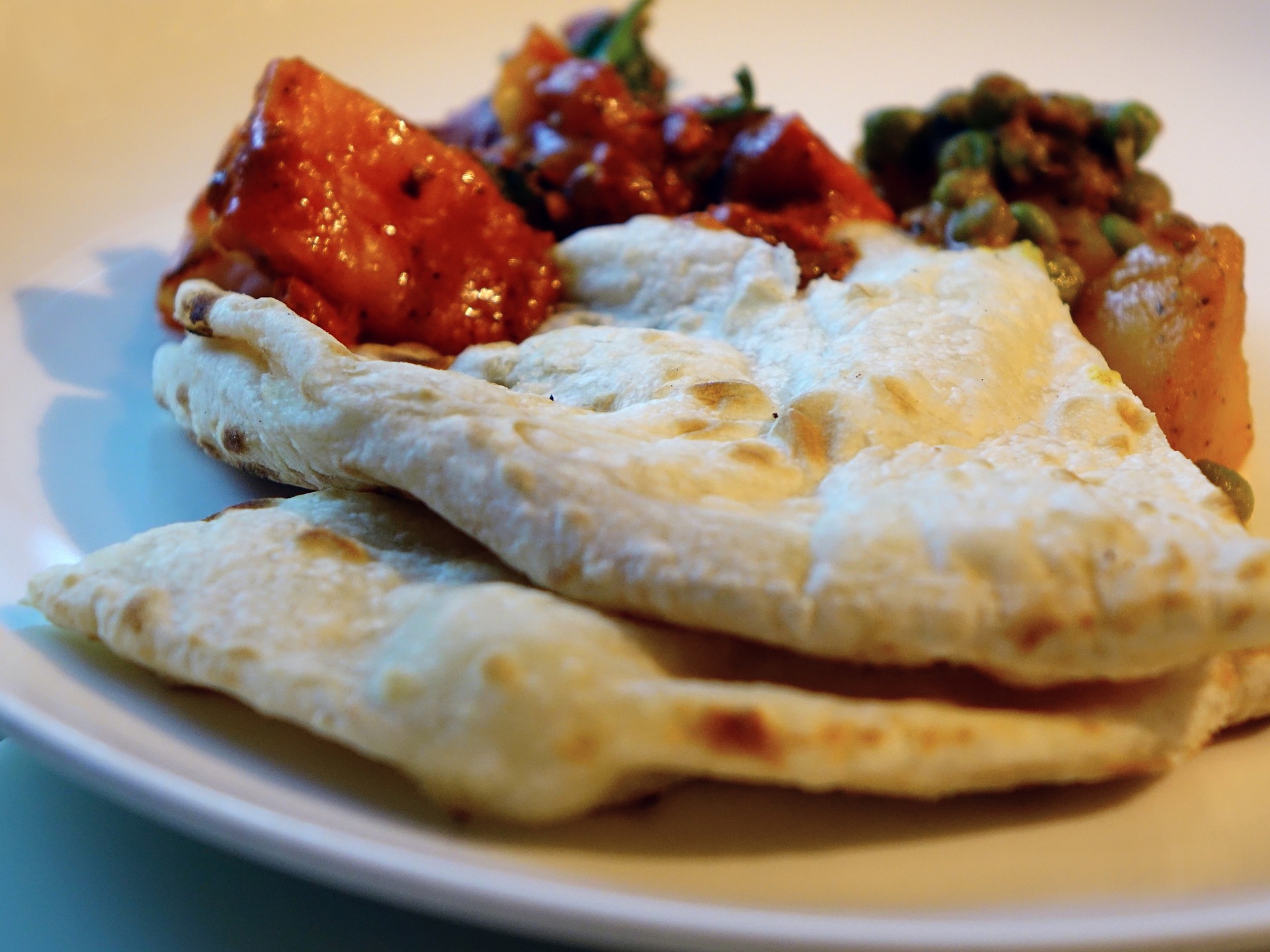 Whether it’s a coconut-scented peshwari to the minced-meat-stuffed keema, for many, an Indian meal isn’t complete without a fresh, fluffy naan bread to soak up all the gravy. First mentioned by Indo-Persian poet Amir Kushrau in 1300AD, it’s a bread with an illustrious history, and one that has seen a great deal of change over the years.

Naan is traditionally cooked in a tandoor oven and consists of flour, yeast, sugar, salt, ghee, water and yoghurt. Its origins are contested: some say its creation was the result of an experiment after the arrival of yeast from Egypt, but many believe that it was invented by the Mughals and Persians – and its name does originate from the Persian word for ‘food’.

The naan’s popularity quickly grew, even earning royal approval: during India’s Mughal era in the 1520s, it was reportedly a favourite breakfast dish of the Royals, served alongside kebabs or keema.

Back then, naan wasn’t a dish for the masses – it was a delicacy that only royals and noble families enjoyed. The art of making naan was known by few and was a revered skill.

It wasn’t until the 20th century that the naan made it as far as Great Britain: when Veeraswamy (which remains our capital’s oldest restaurant) opened in London in 1926, naan featured on the menu.

Since then, it’s found a special place in our hearts, and it’s not just plain naan that you’ll find in Indian restaurants across the UK. Most also serve naan topped with melted cheese, fragrantly flavoured with garlic and herbs, or with the addition of diced chilli for an added kick.

The weird and wonderful

Of course, any popular food is going to see chefs create their own take on it, and the naan is no different. It’s earned its place in Guinness World Record history no less than twice. Ashton-under-Lyne’s Indian Ocean restaurant managed to turn out 640 naan breads in an hour with a team of five in 2009. Meanwhile, the record for the world’s largest naan bread was set by Canada’s Loblaw Companies Ltd in 2016: it weighed an impressive 32kg, measuring 4.96m long and 1.26m wide.

The naan, essentially, is a blank canvas on which to innovate – and there have been plenty of innovations in terms of flavour too. Head to Kismot in Edinburgh to try their popular chocolate naan (you can even bring your choice of chocolate bar with which to fill it), or venture to Moksh in Cardiff, where you can try naans stuffed with cheese and chilli, chicken tikka and rosemary, or even popping chilli chocolate and honey.

And with ‘naanwiches’ and naan burgers also making an appearance, we can see that the naan has a lot left to offer. Enjoying a naan with an Indian meal is a tradition that continues to grow and evolve. Here’s a super simple naan recipe – why not give it a go and experiment with your own choice of flavours?

Looking for authentic Indian snacks to accompany your curry and naan? Try our range, available in 500 Iceland stores across the UK.