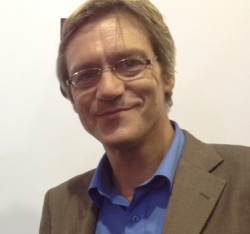 In advance of SIAL 2016 – the world’s largest food innovation exhibition – we caught up with Marc Fressange to discuss Asian food, market trends, and exporting to Europe.

Marc has extensive experience in the food industry, and advises Chinese companies on the European market. This year, he’s sitting on SIAL’s Innovation Grand Jury – the expert panel judging the most exciting food-bev innovations from across the globe.

Cafe Asia: Marc, tell us a little about your work in the food sector. What do you, and for how long have you been doing it?

Marc Fressange: 10 years ago I founded my company Ouh La La France. At that point the Chinese market – food, operations and control – everything was up in the air, so Chinese consumers went in search of new products. When I started out, that was on my mind – to be fully licenced to import, distribute and sell French and European food and drinks in the Chinese market. Now, we have multiple channels including online, which is increasingly important – and also our own retail network, the gourmet wine shops Oh Marco.

CA: Part of your role is to advise Chinese companies looking to supply European markets. What types of business do you work with?

MF: Most of the businesses are not specialised; they produce general products for sale within China and now want to look for new external markets. For example, I work with a producer of non-GM soya beans in China, which is of interest for the French or European markets because they don’t have a large soya production themselves. My role also includes negotiating partnerships between the Chinese producers and the European/French markets.

CA: What are the biggest changes you’ve seen in European approaches to Asian food over the last ten years?

MF: Firstly, in hotels and restaurants, much of the frozen produce – particularly fish – is increasingly imported from Asia. In Europe – though maybe not in Great Britain where there is a big tradition of tea from India – Chinese tea, including green tea and medicinal herbal teas, is increasingly popular. Staying in the drinks market, coconut products are plentiful in Asia and of increasing relevance to Europe.

Of course, Thailand and Southeast Asia produce fresh fruit all year round, which appeals to Europeans. Also, raw products like the non-GM soya we talked about earlier offer a real opportunity as a relatively young product.

CA: Why do you think European markets are opening up to Asian foods?

MF: Certainly people are now more open to the traditional tastes of Chinese food. Often, when you visit Chinese restaurants in Europe it’s not the same food that you get in China. But this is changing: I can see it happening in Paris, and also in London – people are becoming more open to different Chinese tastes, and not just in the big cities. We have all noticed the rise of the sushi bar; Japanese food is really popular and Vietnamese as well, with their noodle soups.

CA: Which market trends are good news for Asian suppliers looking to export to Europe?

MF: Well obviously the Brexit vote and plans are now a matter of fact. But the main issue for European buyers is that frozen products are still cheaper; their main reason is cost-saving. Whilst the capability is there for Asian companies to be a big player in the European market, we have to be cautious about expectations because the world is now thinking more about local production and carbon cost of exporting food.

CA: What are the challenges Asian food suppliers have to overcome to satisfy European markets?

MF: I think in general people are pretty open to different kinds of culture, and there is an opportunity for tastes to be changed. France and Britain in particular have an immigrant culture so we are used to different tastes. For example in France, the most popular recipe is cous cous which comes from North Africa. So rather than taste, if you want to export Asian food, the main barriers are the terms. Back in 2008 I was importing some fresh oysters and we needed them within one or two days to remain fresh. They arrived a week later, all dead. When importing fresh products, it is so important to have a good partnership or agreement in place. 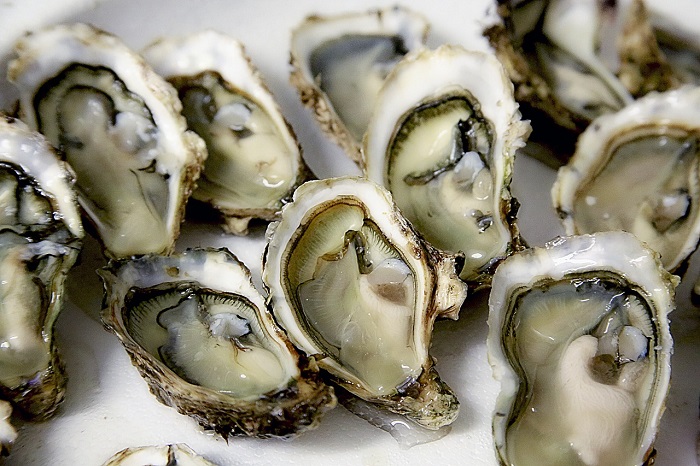 In France, there is a directive to import more soya, wheat, and non-GM products. The market in Europe is different today than it was when I started ten years ago. Now it’s important to have not just one shop you are exporting to, but a European partner for big scale, industrial exportation.

CA: You’re part of the SIAL jury this year, selecting the most innovative products. What will you be looking for from exhibitors?

MF: As you know there are various different stages; my role is at the final one, judging from thousands of selected products from around the word from tea to meat. For me it’s about food provenance: the way locally produced products can have value added through the right branding.

CA: Have you been to SIAL before? If so, what makes the show special for you?

MF: Yes, many times – I started working at this trade show a long time ago, so I love this place. You can understand what’s going on with the markets – if you want to export to China, you just go to the SIAL China. Simply by visiting you are going to understand how they behave, how the Chinese approach business, how it is complicated. It is invaluable for my business because you can see the trends from exhibitors all over the world – I really love that.

Our thanks go to Marc for delivering us his food-bev insight. We look forward to seeing him at SIAL!

If you’re attending SIAL 2016, be sure to visit us in the frozen food hall and sample some of our delicious, authentic Asian and Oriental snack foods.