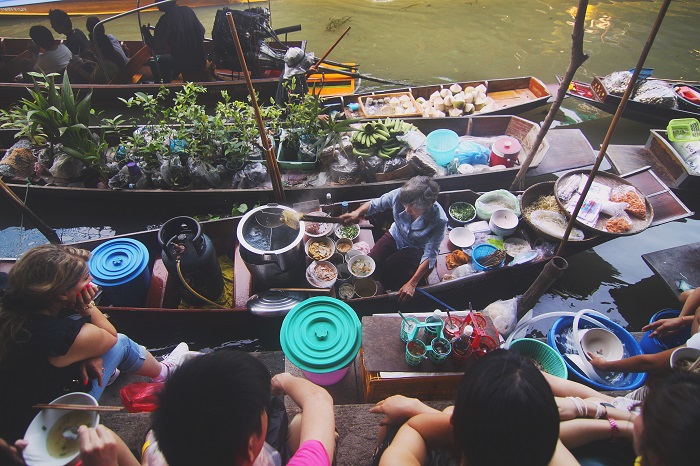 Vietnamese food is about to go mainstream. Our thirst for culture, craving for travel, and insatiable appetite for clean eating means that Vietnam’s unique blend of exotic, fresh and health-conscious cuisine offers something for everyone.

For many of us, the first thing that comes to mind when we hear ‘Vietnamese cuisine’ is rice. Since Vietnam is known as the ‘rice bowl of the world’, with over 6 million tonnes exported globally, it’s a fair association. This staple of many Asian diets comes in many glorious forms – Vietnamese cuisine boasts delicious, steaming broths fortified with silky rice noodles; succulent spring rolls encased in delicate rice paper; broken rice (Cơm tấm); sticky rice (Xoi); burned rice (Cháy); steamed rice dumplings (Bánh tẻ), and too many more to list.

But rice – varied and complex as it is – is only the beginning in Vietnamese cooking: a healthy staple upon which herbs are lovingly bestowed and spices are thoughtfully lavished. Best described as an impeccable balance between salty, sour, and sweet flavours, Vietnamese cuisine is delicate, fresh and truly unforgettable. It is said that every Vietnamese meal should reflect and honour the natural elements – an ancient philosophical concept known as Wu Xing. This harmonious mix is achieved by combining fish sauce (nuoc mam) for earthiness; citrus fruits such as lime, tamarind, or kalamansi for zestiness, and chilli or black pepper for heat. Thanks to influences from both Chinese and French colonial times, each region has its own distinct specialities and unique ways of achieving this all-important balance.

The North is often called Vietnam’s artistic and intellectual capital and is alive with street food culture. Many of its signature dishes such as Bun Cha – chargrilled pork patties served with rice noodles, generous plate of fresh herbs, and complex fish sauce for dipping – are to be found served up on main roads, side streets, and market stalls. Barack Obama famously enjoyed an authentic plate of Bun Cha during his visit to Hanoi in 2016.

Here, the comparatively cooler climate is warmed up using copious amounts of freshly grown black pepper, rather than the more prevalent use of chilli in more Southerly areas. This earthy, as opposed to fiery, warmth is characteristic of North Vietnam’s comforting and satisfying dishes.

Central Vietnam: Colourful, full-bodied, and fit for royalty, served straight on the street

In the middle regions of Vietnam – within which there are many micro-regional taste trends – food is a riot of spice and colour.The city of Hue in particular, as the capital of the ancient Nguyen Dynasty, is famed for intricately crafted dishes with complex garnishes and multi-layered tastes. Its street food is just as explosive: more elaborate than you might find elsewhere, and delicately perfumed. Bun Bo Hue is a signature classic – a spicy, highly flavoured beef soup perfumed with lemongrass, seasoned with shrimp sauce, and decorated with a garnish of banana blossom and red cabbage.

Connoisseurs of Vietnamese food often say “salty in the North, sweet in the South”, but you’ll find very little refined sugar in south Vietnamese cooking. Palm sugar or coconut milk is used instead, making it the perfect choice for the health conscious. Favourites include steamed sweet banana or mung beans in syrup.

Here, where the weather is warmer and the soil more fertile, fresh herbs – basil, coriander, lemongrass, and the peppery Vietnamese mint – are used in copious amounts to create huge, mouth-wateringly textural salads, such as Gỏi xoài.

The Mekong Delta: Where rice and fruit collide

As well as accounting for 60% of Vietnam’s rice production, the Mekong River Delta – which runs up Southwest Vietnam – feeds vast numbers of orchards along its fertile banks. Much of this fruit we enjoy at home, including coconut, bananas, pineapple, dragon fruit, mangoes and lychees. In Vietnamese cooking, unlike Western habits, fruit is used not in isolation, but as a fresh, sweet (and sometimes sour) addition to salads, soups, and meat dishes. In Ca Chien: fried fish – often tilapia – is perfectly complemented with a tangy mango salad.

Ultimately, Vietnamese cuisine is all about balance: of flavours (sweet/salty/sour), of textures (silken tofu/crispy shrimp/firm papaya), and of the elements of Wu Xing. While regional specialities display considerable variations, the clear underlying theme is of clean, fresh, simple flavours that combine to create delicious complexity.

Cafe Asia’s authentic snack food is inspired by the street kitchens of Asia and the Far East. Why not read our blog posts on the regional taste trends of India and China that have influenced us?

Bun Cha image by stuart_spivack [CC BY 2.0], via Wikimedia Commons