What are the key snacking trends in Europe? 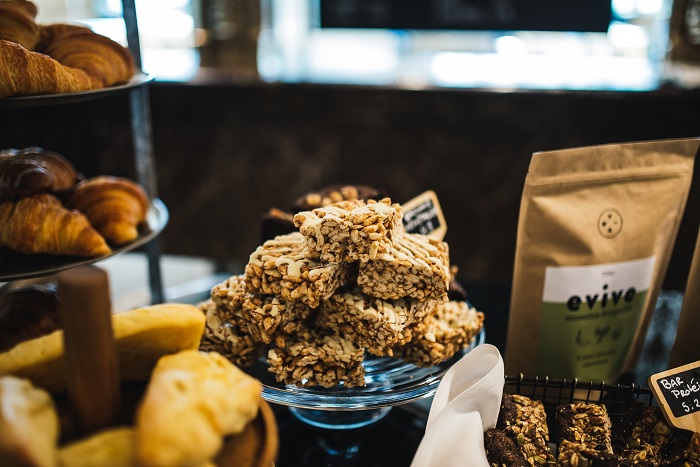 In the year to March 2014, global snack sales totalled a whopping $374bn: a 2% year-on-year increase. Nielsen’s September 2014 Global Snacking Report highlighted the growing number of people who use snacks as meal replacements, and the fact that consumers want snacks with short ingredient lists.

And two years on: Snacking is still big business.

The 2014 report showed that, in Europe, traditional choices such as crisps, confectionery and snack bars were the popular choice, and they remain the go-to snack of choice, for now… That said, emerging trends across the continent are leading to deviation in the market, changing the face of snacking as we know it.

So, what are the new trends influencing modern Europe’s snack purchases?

“Modular eating”, or replacing meals with snacks, is becoming more and more common. A third of consumers across the globe are at it, and the figure rises to more than 40% amongst those aged 18-34. The habit has become popular at breakfast tables over the last few years, with cereal bars, porridge pots and other breakfast alternatives growing in popularity while traditional cereals decline. The same evidence now indicates that lunch and dinner are following suit.

This could be a matter of time. Lunch breaks across Europe are getting ever shorter: statistics from Compass show that the average length is now just 37 minutes. Even European countries known for their long lunch breaks are embracing the “grab and go” trend: Pret a Manger continues to expand in Paris, while Spanish chains such as sandwich bar Rodilla now offers around 200 outlets. The days of long, lazy lunch breaks are over.

Healthy snacks are on the rise, with Eat Natural demonstrating huge success in France, Germany and the Netherlands; Graze planning to roll out their subscription-based healthy snack boxes across Europe; and France set to hike tax on chocolate bars and other sugary treats.

There’s certainly room for both healthy and more decadent snacks to sit side by side, however. In the bakery sector, manufacturers in Western Europe are splitting their operations between healthy options and more decadent treats to appeal to all tastes.

Snacks that suit specific dietary requirements (gluten-free, dairy-free, kosher) and those using organic ingredients are now starting to come to the fore. However, it’s not all about health: Technavio discovered that sales of chocolate cakes rose by 17% from 2007 to 2012, while in early February, Co-op announced that sales of fresh croissants in the UK had seen a 122% increase compared with the previous year. “Everything in moderation” is the popular phrase – and in Europe, there’s certainly a balance between health and indulgence.

A willingness to try new things

More and more consumers are now trading up and trying new things when it comes to their snack choices. 38% of chocolate buyers say that they buy premium chocolate either “regularly” or “all the time”, while traditional crisps are losing out to superfood crisps and potato crisps with more unusual flavours.

As a result, supermarkets and other retailers across Europe are adopting the healthy premium snacking approach. Russian firm BioFoodLab offers 100% natural snack bars with straightforward labelling and packaging. Bit n’ Bite’s pots of semi-dried olives offer authentic ingredients and a special packaging technology that gives them a non-refrigerated shelf life of up to 12 months, selling successfully throughout Germany and Holland. In Britain, brands such as Inspiral – who create 100% natural kale chips among other things – are performing strongly. Consumers want to know what’s in their snacks, and whether they’re good for their health.

We’re seeing an Asian influence in this market, with seaweed snacks increasing in popularity across the globe. Nori sheets are available from supermarkets throughout Europe, and fresh seaweed is becoming increasingly popular across Ireland, France, Spain and other European countries. With Asian food becoming more and more commonplace in Europe, it’s likely that some of the region’s other snack food trends – such as kawaii snack boxes, which are just starting to take off, could soon start to hit our shores.

Throughout Europe, the snack industry is undergoing plenty of change, so there’s opportunity out there for manufacturers and supermarkets who can embrace the trends as they emerge.

Looking for regular food and beverage insights? Subscribe to our monthly newsletter.